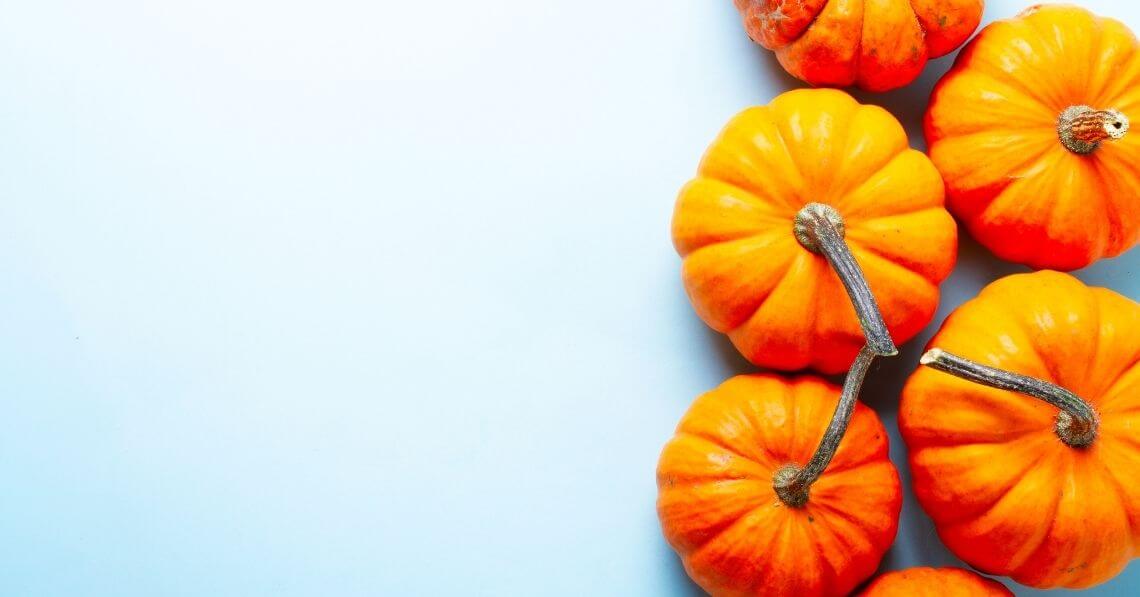 Do you feel that crispness in the air? Smell the woodsy scent of leaves burning in back yards? See pumpkin spice everywhere? Yep, it’s most definitely that time of year again – it’s pumpkin season, and it’s time to celebrate it in a big way.

National Pumpkin Day is October 26th, and while it may not be an official holiday, we think it is. We know that pumpkin (and pumpkin spice) is one of those things that you either love or hate, but we’re pretty sure that the recipe at the end of this will have even the most stringent haters loving it. Give it a try, and tell us what you think.

Where Did Pumpkins Come From

Pumpkin seeds were found in Mexico at about 7,500 BC–that’s more than 9000 years ago. Similar to today’s pumpkin, the original was a type of squash, but it’s believed that they looked nothing like today’s versions. The first ones were small, hard, and bitter. That sounds a little awful, but that hard flesh was perfect for storing during the cold winter months, as they were packed with nutrients that people needed when other foods were hard to come by. Now it’s easier to see why pumpkins deserve a lot of respect. It was a food that was readily available and easy to preserve for a later time. 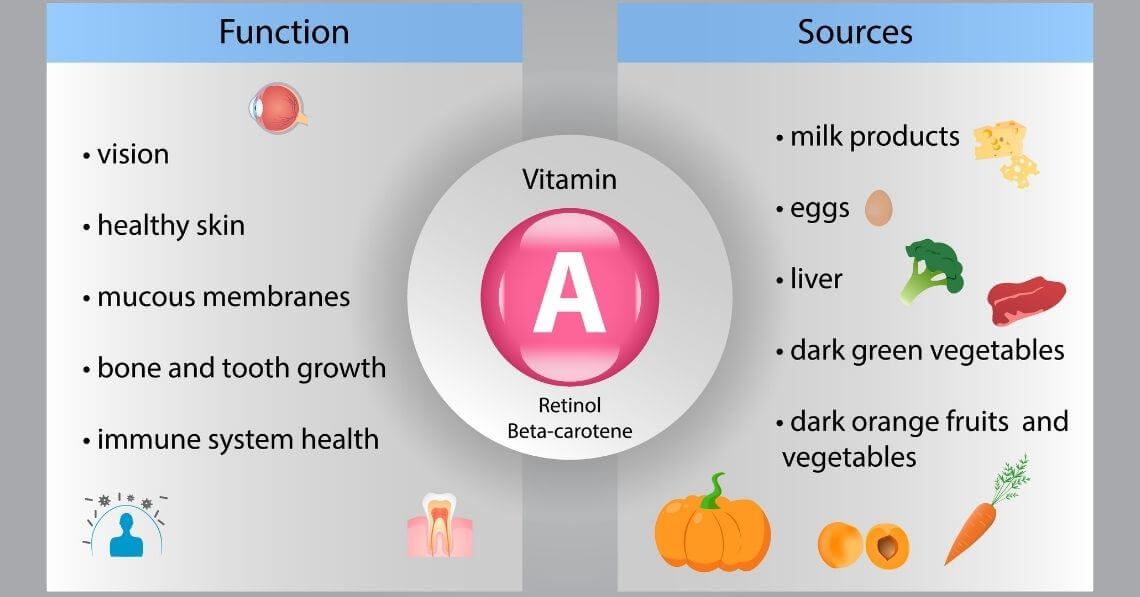 Pumpkins are considered a winter squash, but it’s also a fruit since it contains seeds. Not only does it have characteristics of a vegetable and a fruit, it’s also packed with healthy nutrients that provide a lot of worthwhile benefits.

♦ Beta-Carotene: This carotenoid is turned into vitamin A in your body, which is incredibly important. Vitamin A is important for a healthy immune system, promotes normal vision, and supports organs like your lungs, heart, and kidneys.

♦ Antioxidant: You’ve probably heard how important antioxidants are in the battle against free radicals that attack your body every day–pumpkins are there to help fight and neutralize those free radicals.

♦ Lutein and Zeaxanthin: Working hand-in-hand with vitamin A, lutein and zeaxanthin support eye health, especially as you age.

♦ Magnesium: Pumpkin seeds are a great source of magnesium, that same magnesium found in MagWell, which helps promote healthy bones and immune system. Magnesium is also important for people who want to maintain healthy blood pressure and blood sugar levels.

What Is Pumpkin Spice?

Now that we’ve pretty much squashed the idea that pumpkin spice has pumpkin in it, it’s still a delicious pairing with this fruit that acts like a vegetable. The following recipe is a fantastic way to boost your health, and it’s delicious, too. Trust us, it really is. 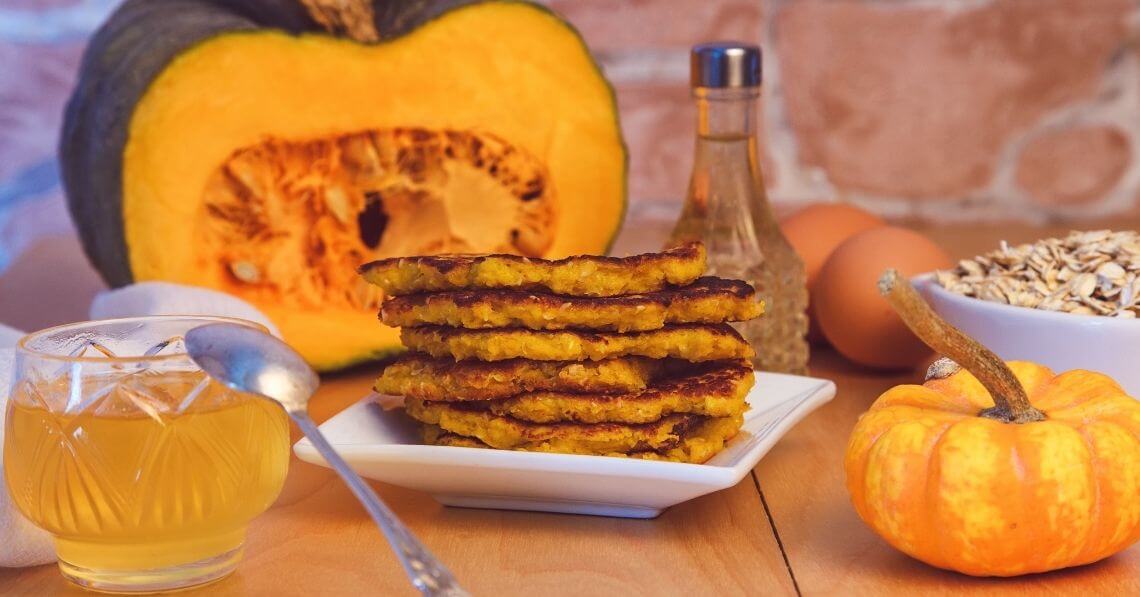 They’re fluffy, hearty, spicy, and healthy. What more could you want from a pancake? Oh yeah, they taste great, too.

2. Beat in the eggs. If the coconut oil solidifies before you incorporate the eggs, zap in the microwave for about 20 seconds so you can stir it all together.

3. In a medium bowl, whisk together the flour, baking soda, salt, and other spices. Form a well in the middle of these dry ingredients, and pour the wet ingredients into the well. Stir until just moistened. Don’t over stir.

5. Heat your pan over medium-low heat or turn your griddle to 350°. Lightly oil the surface with coconut oil and cook ¼ cup of batter for each pancake.

While this is the original recipe, a little tweak can make it even better for you. Collagen Peptides are easily incorporated into this recipe, and they don’t change the flavor or consistency. 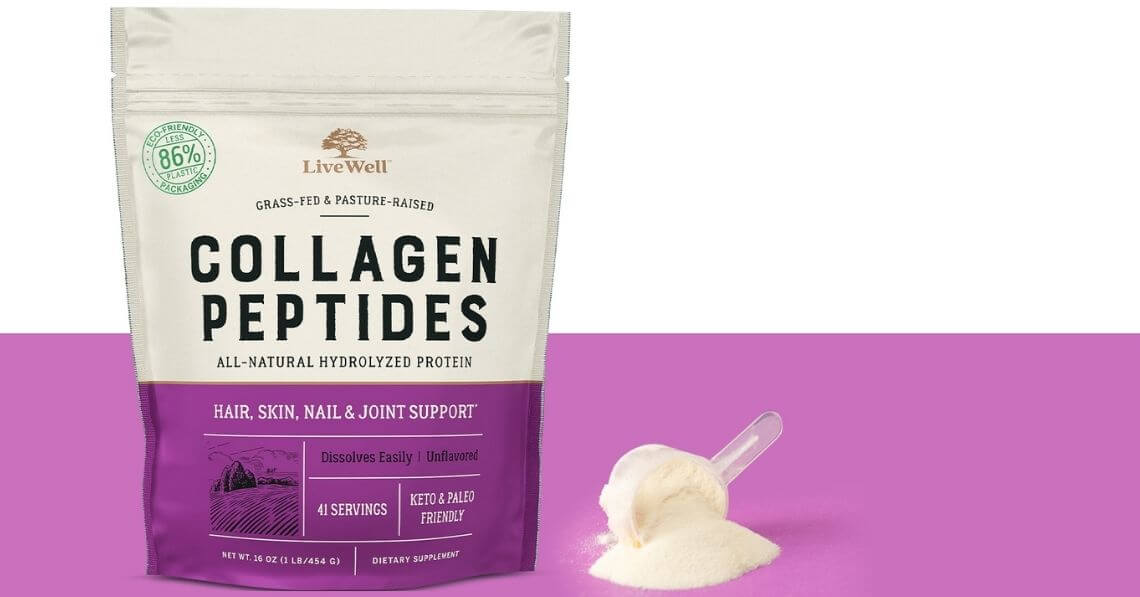 Grass-fed, pasture-raised Grade A bovine collagen peptides and amino acids supply your bones and joints with support for improved health. They also strengthen your hair, skin, and nails while boosting overall gut and immune function. This is a great way to turn a pancake into something that makes you look, feel, and live better.

Are you ready to embrace pumpkins? These healthy orange gems have been a staple for some people for more than 9000 years. The reason they’ve been cultivated and celebrated for so long is that they’re packed with nutrients that your body needs. In the past, they were also very easy to store and use when other foods were scarce.

Today, we don't have to worry about winter being a time of scarcity, but we have to be concerned about the nutrients we consume. Picking only the healthiest and nutrient-laden foods ensure you're putting your body on the right track and propelling yourself toward health. Just be sure you're using pumpkin and not pumpkin spice to get your healthy dose of this incredible fruit.

We’ve included a wonderful pumpkin recipe that pumpkin lovers will instantly appreciate, and those who had previously shied away from the orange orb will like too. Adding LiveWell’s Collagen Peptides to the recipe makes it even healthier and a must for your fall Sunday brunch.