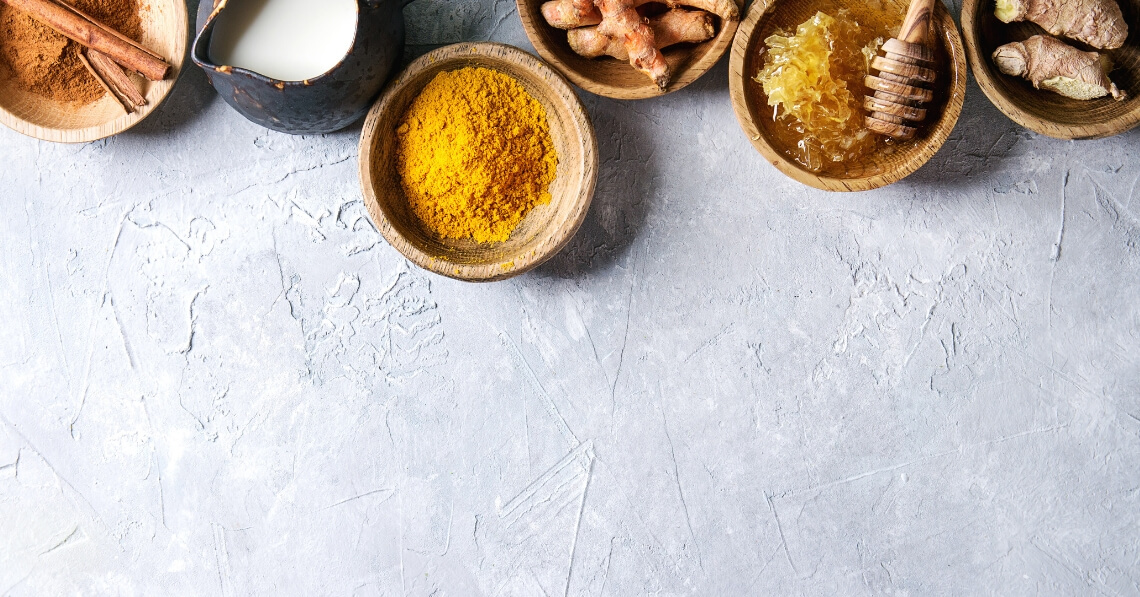 Golden milk is a healthy drink that has been used in Indian cultures for centuries to treat and prevent many health issues. The golden coloring comes from the main ingredient, which is turmeric.

Many are aware of the great flavor and color this spice can add to meals, but may not know all the benefits it can bring to your health. From boosting health to preventing serious diseases, golden milk (or turmeric) is about to be your new favorite drink.

Golden milk has been gaining popularity in Western cultures along with many other ancient and traditional medicinal ideas. Typically golden milk is made by warming cow’s milk or plant-based milk if you have dairy intolerances. You then add in turmeric as well as other delicious spices like cinnamon and ginger.

What you get is a comforting warm beverage and a cupful of healing benefits.

The Benefits of Golden Milk

The beneficial compound curcumin is what gives turmeric it’s healing properties. Long used in traditional medicine, this spice is more valuable than people realize. Making a delicious and soothing cup of golden milk every day will give you all the turmeric you need, along with other beneficial spices to boost your health and well-being in several ways. 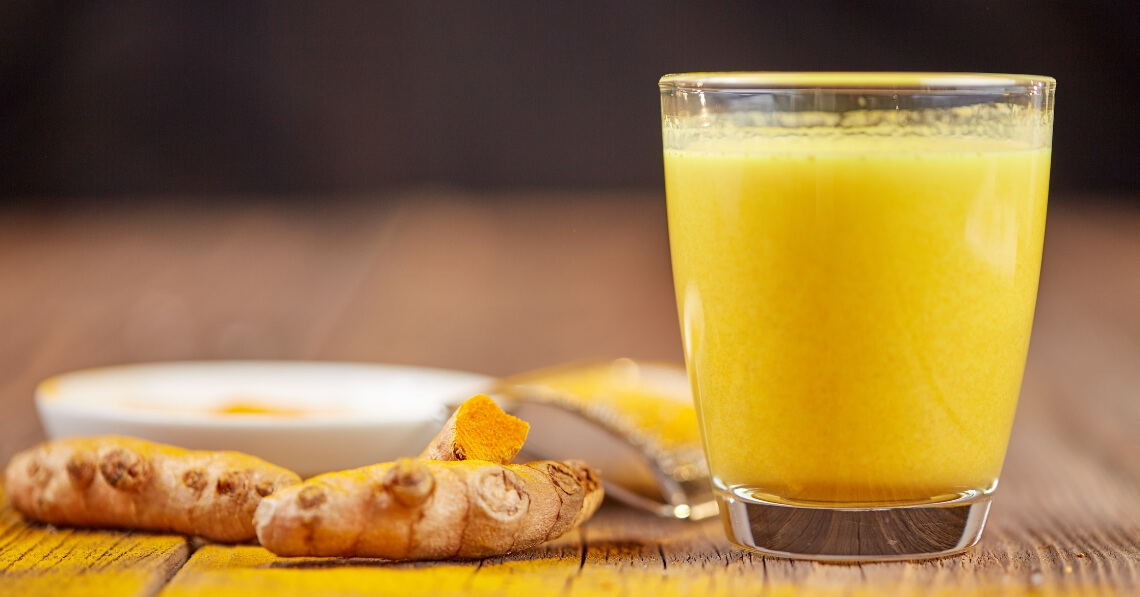 Curcumin is the active ingredient in turmeric, and this is a powerful antioxidant agent. Antioxidants fight free radicals and prevent oxidative damage that destroys and ages your cells. Antioxidants are also essential to regular cell function, and diets rich in these compounds have been associated with a lower risk of infections and disease.

When you make the golden milk with ginger and cinnamon, you get added antioxidant powers from those spies too.

Turmeric is also a powerful anti-inflammatory compound. While some inflammation is good for fighting infection, too much can cause serious cell and tissue damage. Chronic inflammation contributes to serious diseases like cancer, Alzheimer’s, diabetes, heart disease, and metabolic syndrome.

Drinking golden milk each day can help prevent these conditions by reducing the inflammatory responses within your body.

Turmeric contains compounds that stimulate the production of BDNF (brain-derived neurotrophic factor), and this can boost brain health. By promoting the growth of new brain cells and helping your brain to form new connections, you can ward off neurodegenerative diseases such as Alzheimer’s.

Cinnamon has also been shown to boost brain function, and ginger protects against age-related function loss and improves memory, so it’s always a good idea to add some to the milk. 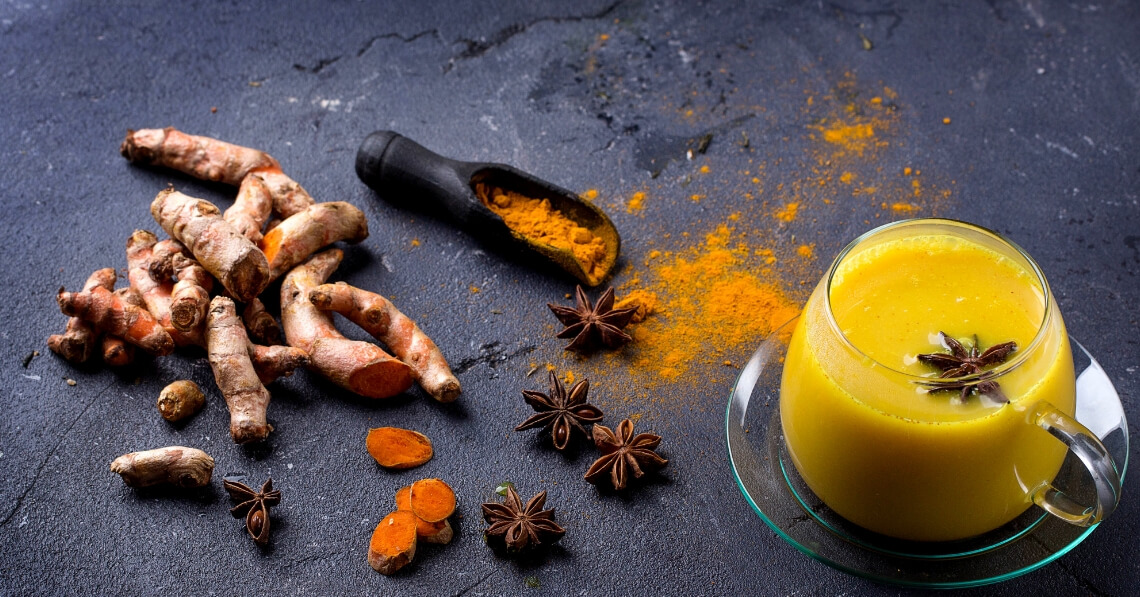 Depression is linked to low levels of BDNF, but turmeric helps to boost production, and this can result in elevated moods. Studies using turmeric have shown that this spice provides similar benefits and improvements to leading antidepressants. The added benefit is that turmeric is natural, and it doesn’t come with the same potential side effects that the medications can have.

The antioxidant and anti-inflammatory nature of turmeric help to protect your heart from heart disease. Turmeric works to improve endothelial function, and both ginger and cinnamon help reduce the risk of heart attack and stroke.

Cinnamon also helps to reduce cholesterol, which at elevated levels can contribute to arterial blockage and heart disease.

The antioxidant properties of turmeric help prevent diabetes, but it’s the properties of the other two golden milk ingredients that really help with managing blood sugar. Cinnamon and ginger both help to lower fasting blood sugar levels. Cinnamon also reduces insulin resistance and can reduce how much glucose is absorbed in your gut after each meal.

It’s important to remember that to get these blood sugar benefits, you need to make an unsweetened version of golden milk as syrups or honey will have the opposite effect.

Cancer is a disease marked by uncontrolled cell growth, and the search for anti-cancer treatments has been an on-going battle. Ginger has been found in studies to possess anti-cancer properties, and cinnamon has been found to reduce the growth of cancer cells. 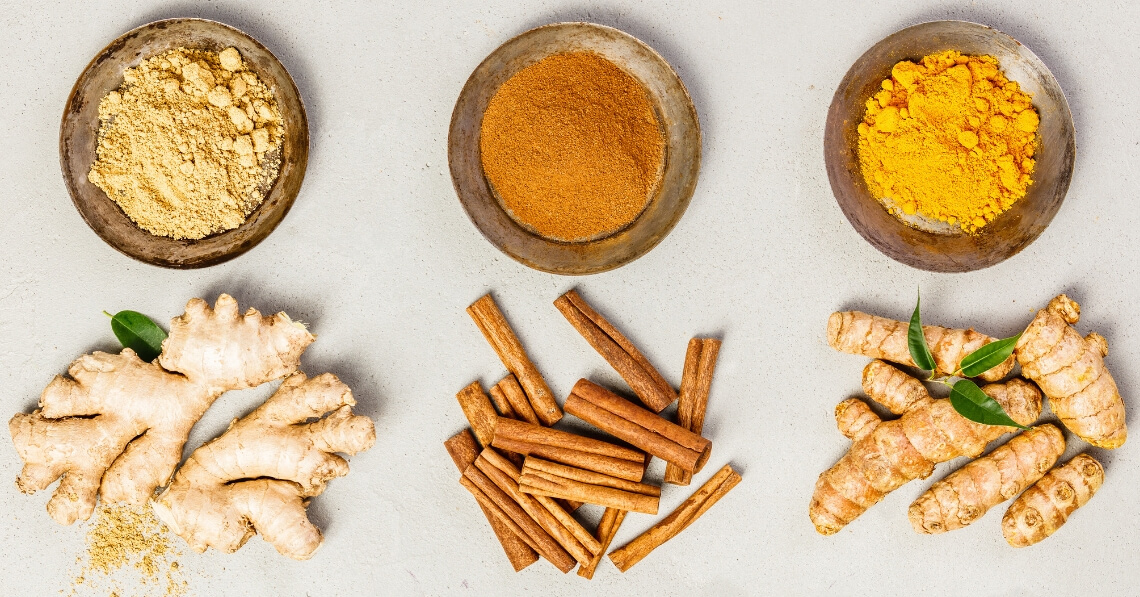 In addition to this, turmeric has been shown to kill isolated cancer cells and can limit the ability for tumors to grow and spread.

Golden milk has traditionally been used for treating colds because of its ability to boost the immune system. Ginger can inhibit the growth of certain forms of bacteria, and compounds in cinnamon have been shown to fight viruses that cause respiratory infections.

Turmeric possesses antibacterial, antifungal and antiviral properties, so when combined with the other spices in golden milk, you end up with a super immune system boost.

The anti-inflammatory properties of turmeric allow it to soothe and treat digestive disorders such as irritable bowel syndrome and ulcerative colitis. Turmeric also stimulates bile production, which leads to more efficient fat digestion in the body.

For individuals with autoimmune conditions, golden milk is an excellent source of care. Autoimmune diseases like rheumatoid arthritis, lupus, celiac disease, multiple sclerosis, type-1 diabetes, and vasculitis are all marked by mistaken inflammatory responses by the immune system. As a result, healthy organs are also attacked. Because inflammation is the leading cause of autoimmune conditions, golden milk can help to reduce symptoms and discomfort by lowering overall inflammatory levels. 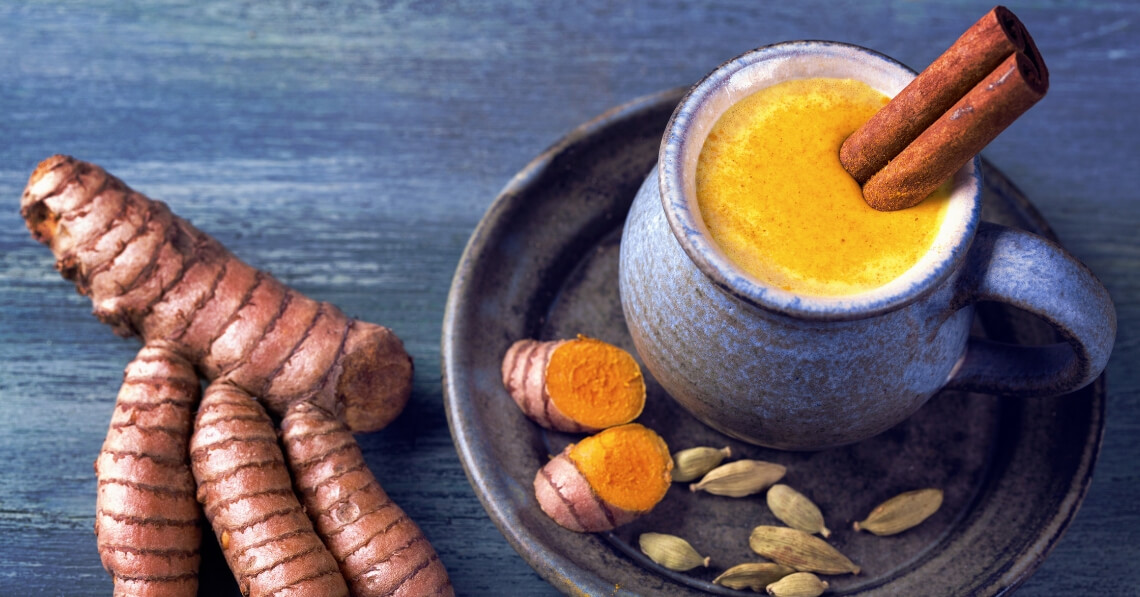 While it’s still important to take any prescribed medications for your condition, golden milk serves as a beneficial and supportive option for relief. A warm glass of turmeric can help soothe a rough day, but you can always take a high-quality turmeric supplement to get the same benefits.

Turmeric has long been used to heal and prevent diseases. The healing properties of this spice are now well known across western culture, and golden milk is the next best thing in turmeric medicine.

Make yourself a glass every day, and don’t forget to add the other beneficial spices to get the best nature has to offer you.

Read Next: 10 Blood Sugar Rules We Should All Know & Practice